How the TallenTime podcast came together

Terry Tallen and Tom Brew, a pair of Indiana graduates, both love telling good stories, so the new Tallen Time podcast was a natural fit for both of them.

BLOOMINGTON, Ind. — It was a Tuesday night in September and Terry Tallen and Micah McFadden laughed and smiled through one Indiana football story after another. Tallen, a former Indiana captain on the 1979 Holiday Bowl champion team, was sitting in on the ‘’Mike & Micah’’ podcast live at Yogi’s Bar & Grill in downtown Bloomington, and he was having a blast with McFadden — the middle linebacker who was the Hoosiers’ modern-day star a year ago — and Hoosiers fans young and old that were in attendance for the show.

When the podcast, hosted by Sports Illustrated Indiana’s Tom Brew, was over, Tallen — a longtime commercial real estate developer and philanthropist who’s an IU Kelley School of Business graduate — couldn’t wipe the grin off of his face. He enjoyed the night, and loved spending time with McFadden, who was the recipient last season of the Indiana football scholarship that Tallen sponsored. It was an entertaining night.

“That was so much fun,’’ Tallen said. “It was great, just telling stories like that.’’
So not long afterward, Tallen had an idea. He’s seen a lot in the four decades since graduating from Indiana, and he loves his school. He’s had a wildly successful business career, and gives back often to several causes that matter to him, including many charities and non-profits, and Indiana football.

Tallen donated $2 million in 2019 and helped build the Terry Tallen Football Complex at Memorial Stadium. The Indiana football program, which lagged far behind in facilities forever, now can compete with anyone in the country after the massive improvements to the locker room, weight room and meeting facilities that Tallen made possible.

Tallen thought that would be a good podcast story. In a matter of days, he had a long list of stories he wanted to tell. So he got together with Brew, and an idea was formed.

The first podcast airs on Thursday, Aug. 11, and will be launched right here on the
TallenTime.com website, and also our new YouTube channel. (You can link to the channel here CLICK HERE). The first season of podcasts includes 25 episodes, with release dates at Noon ET for each episode.

The Tallen Time podcasts will focus on sports, business, philanthropy and mentoring. Several shows will feature non-profits and charities that matter a lot to Tallen, and during the podcasts — and afterward here on TallenTime.com — viewers will be able to make direct donations to the charities.

There will also be several podcasts that focus on businesses that are doing great things in the community. And, of course, there will be several sports stories as well, and many of the podcasts will overlap dramatically under all of the topics.

All of the podcasts will be stored here at TallenTime.com and can be shared by everyone.

“It’s been a lot of fun to start filming these podcasts, and I’m very excited to share these stories with the community,’’ Tallen said. “Tom Brew is one of the best journalists I’ve ever known, and he is a great interviewer and story teller. It’s an honor to do these podcasts together with Tom. I think people are really going to enjoy this series of Tallen Time podcasts.”

Brew, a longtime journalist who has worked at some of America’s finest newspapers during his four-decade media career, is also an Indiana graduate, and was in the same class at Tallen. He will host most of the episodes, and video director Haley Jordan will host the others. Businesses and nonprofits can get involved in the series as well, both through advertising, sponsorships and podcast spotlights.

For podcast ideas, you can reach out to host Tom Brew at [email protected] or Becky Rigel, director of marketing and donor relations for Tallen Brew Media Partners LLC, for advertising and sponsorship opportunities. To reach Becky, email her at [email protected] 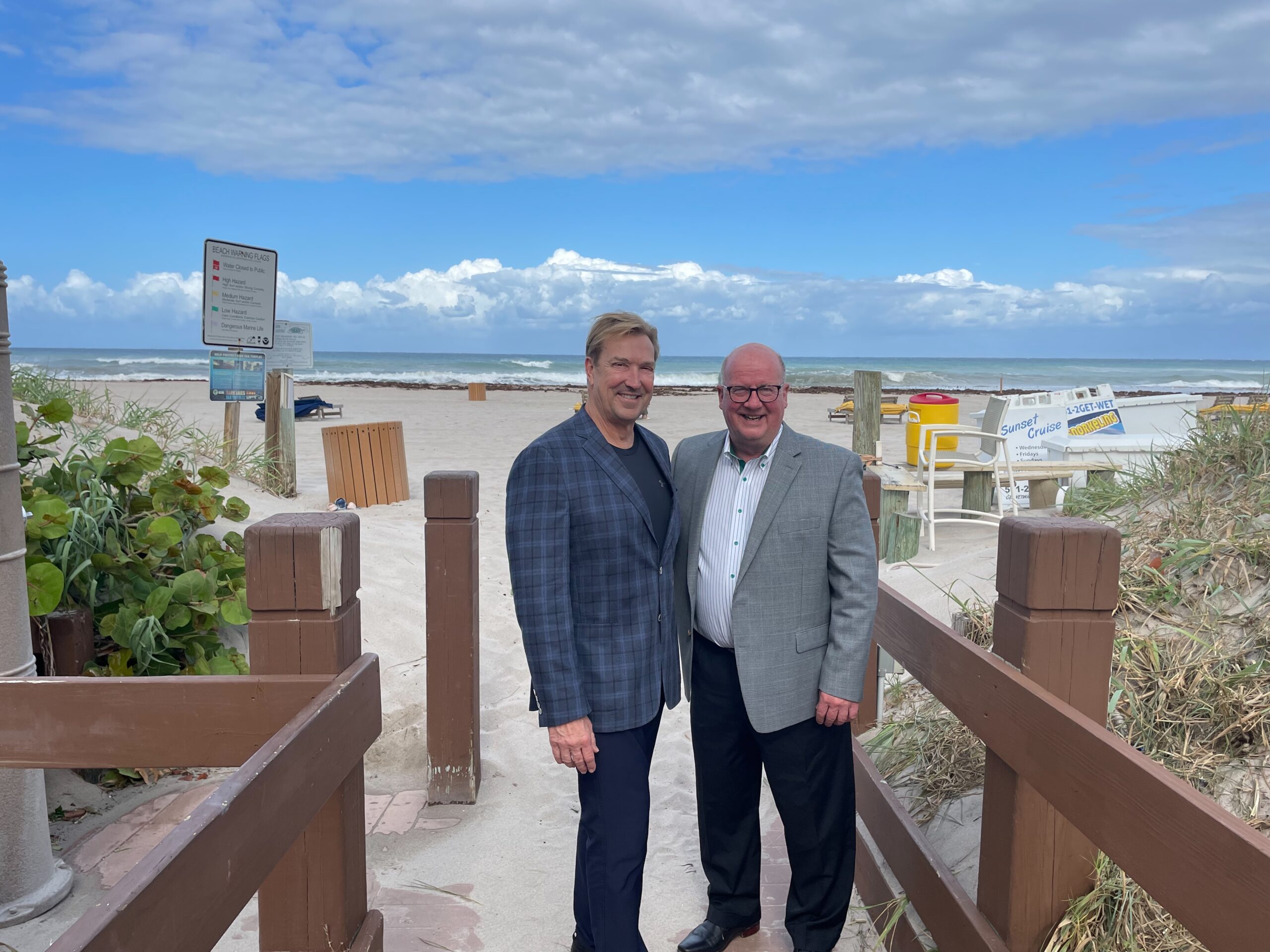